My husband and I watched a couple episodes of “Life After People” last night. It’s an older documentary series on the History channel that we remember watching in school. Watching it got me thinking about how time has a way of erasing things that humans have left behind — like treasures from the Bible. How many have been lost to time? Countless, I’m sure. After we went to bed, I took out my History magazine from January 2020 and cracked it open. My intention was to dive into a nonbiased, strictly factual read to find out what evidence has been found of the events written in the Bible.

I find it interesting that right on the introduction page titled “The Power of The Word,” the author wrote: “…instinctively, we may feel like these stories have more narrative heft and persuasive force if we refrain from investigating them as if they’re part of the historical record.” What’s interesting is that we keep historical record of the timeline of human events by using B.C. — meaning “Before Christ” — and A.D. — meaning “After Death.” This alone implies not only that Jesus Christ, the most important and crucial character in the Boble, did exist on Earth but that he is an extremely important figure in world history. This is true for everyone regardless of their beliefs about who Jesus really was. I remember my world history class in the 10th grade. The class text book had a small section on Jesus of Nazareth, acknowledging that he existed as a prophet. I do believe that his manner of death is widely agreed upon as well. So do we really want to refrain from looking at events told in the Holy book in a historical context?

With there not being enough time in one night to research everything, I picked two topics out of my magazine’s table of content that suited my fancy best. The topics are Noah’s Ark and Jesus’s Crucifixion. Reading on both, I was disappointed by the tone of the words within the articles. The author(s) treated the subjects like they are nothing more than folklore from ancient Mythology. I can’t say I was surprised, though. Nevertheless, I skimmed through the paragraphs with acute fascination, and even learned a thing or two. Since there’s so much to go over, we’ll just stick with the Ark for today.

“It’s the most famous story in the Old Testament: one every child knows, and no adult has ever forgotten — a story of devastation and salvation.” 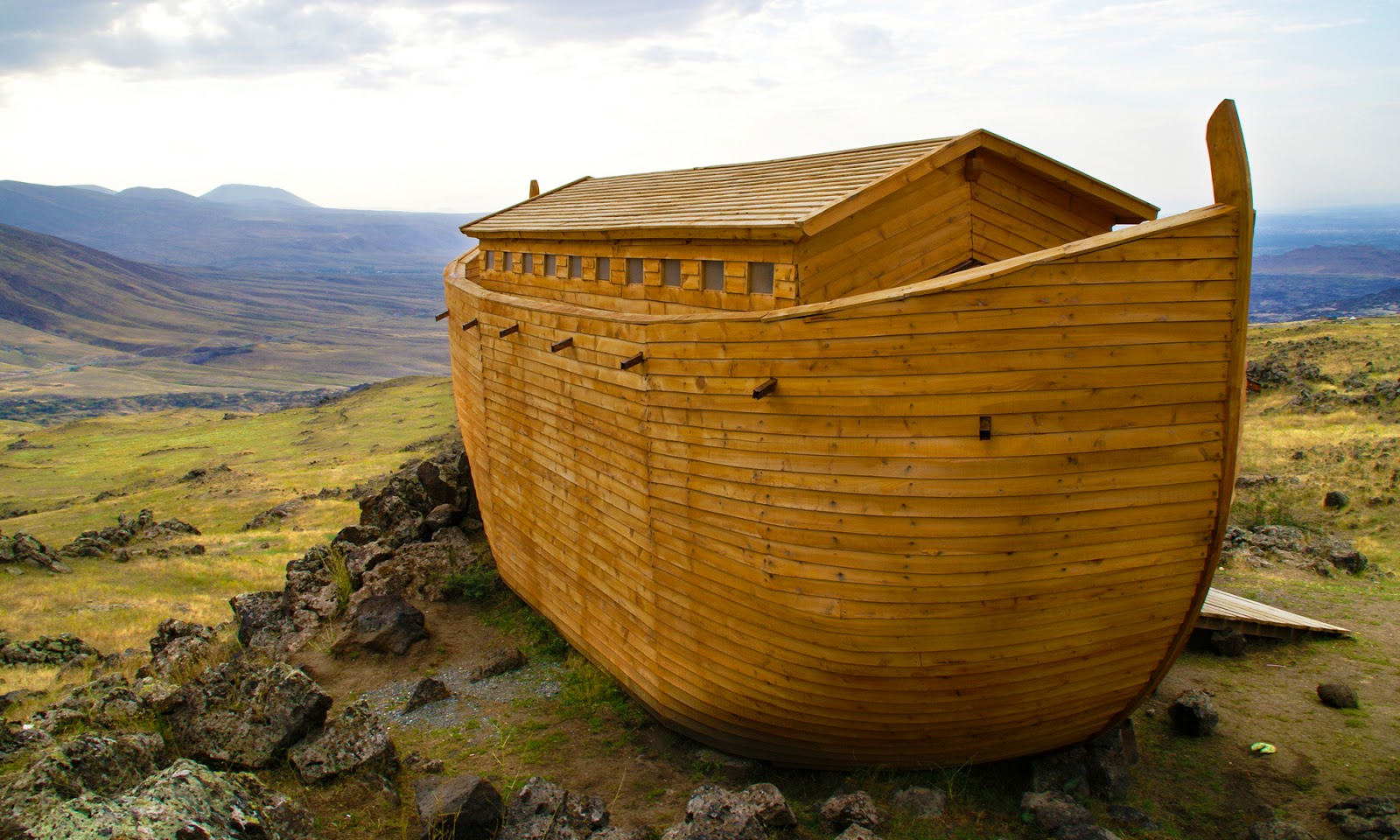 Above is a replica of the ark built by Noah and his family as it rests in the Ararat mountain range in Turkey.

Standing 45 feet tall, 75 feet wide, and 450 feet long, it was an ark made of gopher wood* that would save Noah, son of Lamech, and his family. By God’s will, a forty-day-and-night long rain would flood the entire Earth and kill everyone in it. Noah was the chosen one to save the future of every living creature as well as the future of mankind. Most of us know the story. I personally remember being told as a little girl,

first by my parents and then by teachers in Bible school. But did you know explorers are still in search for the ark’s remains? Did you realize that such a find is still a possibility? Written on page 16 of my magazine is the following: “Even after protracted exposure to the elements, a ship like that would not degrade quickly. It would be likely to leave evidence of its grounding somewhere on Earth’s sur-

face.” And with such knowledge, so began the centuries-long escapade, a chase that goes on today. With the help of Google, I was able to piece together several attempts made by explorers and adventurers to find the Ark or ark artifacts in the past eighty years or so. Multiple different spots have been scoped out and excavated. Some, like the Tendurek volcano, have been all but ruled out.

Gopher wood is only mentioned one time in the Bible, and it’s at the beginnng of the harrowing story of Noah and his ark. As the story goes, the Lord told Noah, “Make thee an ark of gopher wood…” Genesis 6:14 So what is it, exactly? We may never know for certain. The only thing that’s for sure is the obvious — It had to have come from a tree that existed during Noah’s time some thousands of years ago. 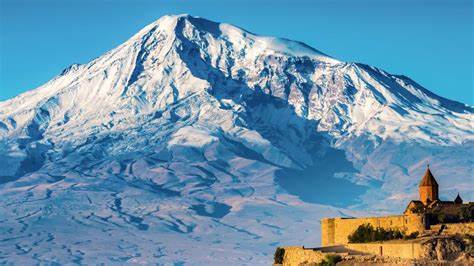 There is one mountain in particular that seems to be of most popular interest among scholars, historians, creationists, and especially explorers. Located in Turkey, its surrounding range shares its name: Mount Ararat. Naturally, one’s interest would be spiked by the mentioning of the name Ararat. In the book of Genesis, it is told that the Ark landed in the mountains of Ararat. What I find astounding is that people have been scaling the Turkish stratovolcano since the 1800s in search of evidence. Not only that, supposedly future expeditions are being planned. What keeps such an obsession over one single pinnacle alive? One photograph taken by the US Defense Intelligence Agency in 1949 may hold an answer.

Above, we see a photograph taken of Mt. Ararat in the year 1949 by the US Defense Intelligence Agency. In the photo, an anomaly of sorts can be seen at the top left-hand side of the mountain. The anomaly does look something like a ship, or at least, it is shaped that way. Eerily, it reminds me of the sunken Titanic ship that sits on the bottom of the Pacific, slowly deteriorating out of existence. Many skeptics have pointed out that this very well could be just a part of the actual mountain showing through the snow. But such claims have done nothing to deter enthusiastic explorers. After this photo was made public in the 1990s, there came a renewed wave of energy towards the efforts in finding the long-lost Ark.

The bottom line is, no concrete physical evidence has yet to be found proving once and for all that the story of Noah’s Ark is true. Christians do not have to worry, of course. We already believe. Although, it is a fascinating possibility to explore, that one day we might actually find the real remains that substantiate one of the greatest stories ever told. The next aspect of this story that I want to delve into is: What evidence do we have of a great flood that covered the entire world? There’s got to be something to multiple religions coming to that same consensus. Even the Quran talks about Noah’s Ark, for Heaven’s sake — a fact that I did not know before. Until then, stay tuned! 🌻💙